Michael Surratt is organist at First United Church of Oak Park, Illinois. He is also Director Emeritus of Music and Organist of the Union Church of Hinsdale, Illinois, where he served from 1979 until 2011. A church organist since the age of twelve, he has toured Europe and played organ recitals throughout the Midwest and Southeast, and has been featured in recitals on several Chicago area radio stations.

A native of North Carolina, Surratt attended the North Carolina School of the Arts, Winston Salem; he holds a Bachelor of Music Degree from Oberlin Conservatory, Oberlin, Ohio, and a Master of Music Degree from Northwestern University, Evanston, Illinois. Surratt has served as an Adjunct Instructor of Organ at Elmhurst College, Elmhurst, Illinois and continues to be active in many professional musical organizations.

He has contributed to and edited Overtones, a journal for handbell musicians, and served on the Communications Committee of the Handbell Musicians of America. Surratt also conducted the Allegro Handbell Ensemble for 33 years, which produced nine albums under his baton. 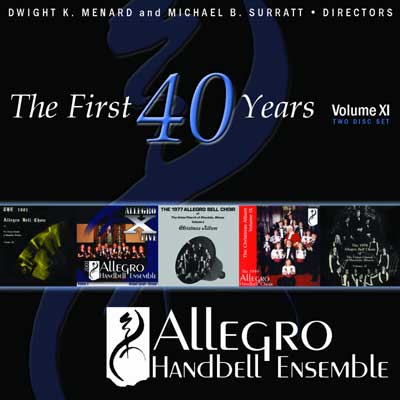